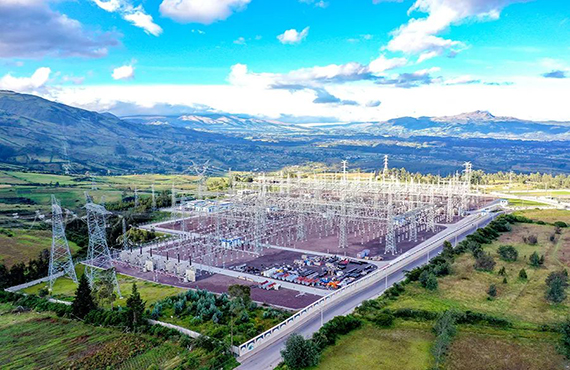 In his address at the ceremony, Mr. Jorge Glas, Vice President of Ecuador, reviewed the electric power development history of Ecuador, explained the significance of the operation of the 500kV power transmission and transformation project to the power development of Ecuador and extended his heartfelt thanks to the project constructors from HEI on half of the Ecuadorian government.

During the celebration, Qu paid a special visit to CELEC EP General Manager Mr. Luis Ruales Corrales and Mr. Corrales expressed his satisfaction with the quality of the 500kV power transmission and transformation project undertaken by HEI. He also fully affirmed HEI’s contribution to the construction of Chorrillos Substation, the transmission line in Section A9 and A11.