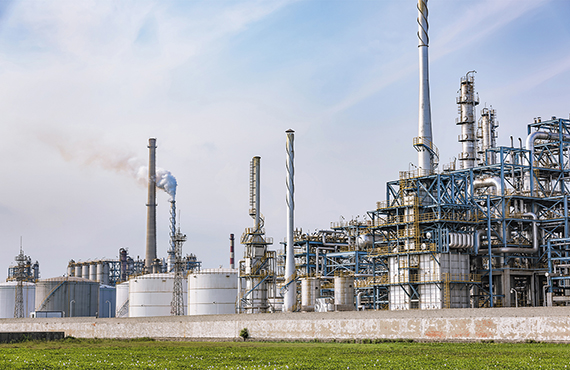 Dangote Group (Dangote) is undertaking the construction of an integrated refinery, petrochemical, and fertilizer complex project in the Lekki Free Trade Zone in Lagos, Nigeria.

The project involves the construction of an oil refinery, petrochemical complex, a fertilizer plant, and a gas pipeline on a 2,700ha land.

The refinery will have the capacity of processing 650,000 barrels of crude oil per day and it produces gasoline, diesel, aviation fuel, household kerosene, and slurry as raw material for carbon black. The refinery project will include a CDU, a single-train residual fluid catalytic cracking unit, a diesel hydrotreating unit, a hydrogen production steam methane reformer (SMR) unit, a continuous catalyst regeneration unit, an alkylation unit, and a polypropylene unit, as well as utilities and off sites, including a captive power plant and associated infrastructure involving an integrated, single-point mooring terminal for crude oil and product handling.

The petrochemical complex will produce 780 KTPA Polypropylene and 500 KTPA of Polyethylene.

The gas pipeline project is a dual sub-sea gas pipeline, each of 500km length to ferry 85 million cubic meters of gas per day. The pipeline will bring gas from Bonny to Olokola and from Olokola to Lekki.

The fertilizer plant will produce 3.0 million metric tons per annum (mmtpa) of Urea.

The project includes the construction of storage tanks, processing units, truck loading facilities, and other related facilities, and the installation of safety systems.

In April 2013, Dangote unveiled its decision to move forward with the new crude oil refinery project.

In November 2013, Engineers India Ltd (EIL) was appointed to provide project management consultancy (PMC) services and engineering, procurement, and construction management (EPCM) services contract with a contract value of US$139 million, for the refinery and petrochemical projects. EIL will also undertake most of the detailed engineering work for the new plant.

The Engineering, Procurement, and Construction (EPC) Contract was awarded to Saipem of Italy for the Fertilizer Plant. For the refinery project, the award of Basic Engineering Design and Optimisation has been made to UOP, of the Honeywell Group of USA.

The refining technology has been licensed from the UOP, a subsidiary of Honeywell. The company received a license and started preliminary work on its proposed project from the Nigerian Department of Petroleum Resources.

The project proceeded with an aim to obtain License-To-Establish (LTE) initially, and as work progressed there was a further evaluation by Department of Petroleum Resources. Based on the outcome of the evaluation, another license namely Approval-To–Construct (ATC) was issued. The final phase of the licensing process included the issuance of the License-To-Operate (LTO), which came after every structure has been put in place, by the Dangote Refinery and Petrochemical Company, including all the processing units.

In April 2014, the site clearance works for the fertilizer plant was commenced.

In June 2014, African Development Bank (AfDB) has approved US$300 million loans to Dangote for the construction and operation of the project.

In March 2015, the basic preliminary design works were completed.

In October 2015, the sand-filling and soil piling activities at the project site were commenced. These activities were handled by a South African firm based in India, Sarathy Geotech. Some parts of the complex were dredged with a Belgian firm, Jan De Nul.

90% of the engineering works and 80% of procurement works were completed until October 2015.

Trevi Foundations and Onshore Constructions have been appointed to undertake piling works on the fertilizer plant; and Dantata & Sawoe is responsible for dredging, loading and offloading facilities for the project.

The detailed engineering and procurement works were completed by the end of 2015.

The first train of the fertilizer plant will commence operations in January 2018, while the second line will be completed in March 2018.

Construction activities on Refinery and Petrochemical are slated for completion by December 2019.

The project involves the construction of an oil refinery, petrochemical complex, a fertilizer plant, and a gas pipeline on 2,700ha land at the Lekki Free Trade Zone in Lagos, Nigeria.

The US$18,000 million project includes the following

1. Construction of a refinery with a processing capacity of 650,000 barrels of crude oil per day

2. Construction of a petrochemical complex with a capacity of 78000 MTPA Polypropylene and 500000 MTPA of Polyethylene.

4. Construction of a fertilizer plant with a production capacity of 3.0 million metric tons per annum (mmtpa) of Urea

9. Construction of a diesel hydrotreating unit

11. Construction of an alkylation unit

12. Construction of a captive power plant

13. Construction of an integrated, single-point mooring terminal for crude oil and product handling

14. Construction of a hydrogen production SMR unitReasons To Buy