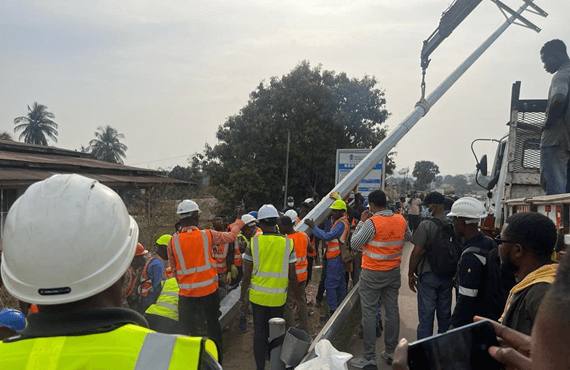 Electricity reaches less than 10 percent of the population in Sierra Leone. This sparse electricity coverage and unreliable service exacerbates poverty conditions among Sierra Leonean citizens, and frustrates productivity and competitiveness of firms. This project will contribute to raise living standards for many families and facilitate income and job opportunities.

The priority focus of today’s project will be to support a three-year performance-based contract for utility operation and management between the national electricity distribution utility and a specialized firm. The main deliverable under the contract will be the implementation of a comprehensive business plan for the utility, designed to strengthen staff management and operational skills, build effective practices, and permanently improve the utility’s overall performance. The project will also finance extensive investments in the rehabilitation and upgrade of the electricity distribution network, as first step to improve the quality and reliability of electricity supply. In addition, the project will support technical assistance to identify new sources of power generation and to plan for extended transmission and distribution networks that will reach new electricity consumers throughout the country.